Is the VW ID Buzz the electric campervan of the future?

The eagerly anticipated VW ID Buzz Microbus is the electric campervan model in the new ID range of all Volkswagens electric vehicles. Described by VW as being ‘almost anything you want it to be’, the ID Buzz isn’t simply an electric version of a current model, it represents the latest in electric vehicle technology and fresh thinking throughout.

The ID Buzz is full of creative and innovative ideas and features, be it variable space, flexible seating, AR head-up display, and in the non-too distant future fully automated driving. Its design is hugely influenced by the original T2 VW campervan and the concept of space, but is clearly a VW campervan of the future. 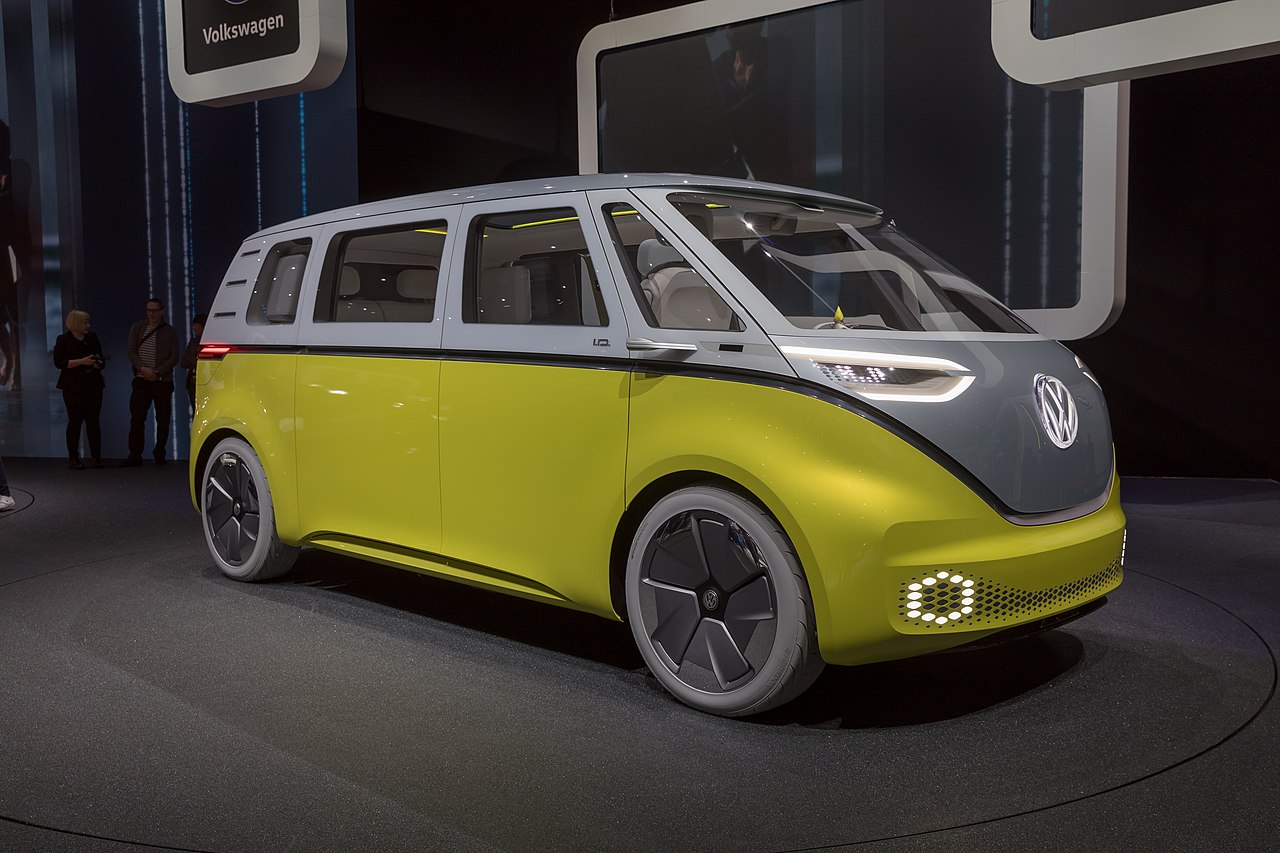 With some models in VW’s ID range of electric vehicles due to launch as soon as 2020, we will sadly have to wait a little longer for VWs electric campervan. Described as a concept car, the ID Buzz Microbus has a current launch date of 2022. We hope this this will be brought forward, although VW tease us by saying the launch of the ID Buzz will be ‘worth the wait’.

There can be no doubt that electric vehicles are gaining in popularity, but are electric campervans the future of campervans in the UK?

In time we think the answer may well be yes, but there are many questions that need exploring and answering before electric campervans make it to the mainstream. Here are just a few…

Which manufactures make electric vans that can be used as campervans? 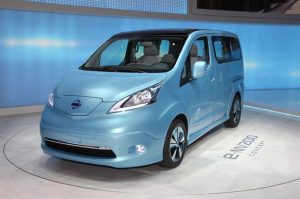 At the time of writing there are currently only a few manufactures that produce true electric vans. These are namely Renault, Peugeot, Citroen and Nissan. With the exception of the Renault Master ZE, they are all based on small to medium models and so their practicality in terms converting to electric campervans is limited.

That said it’s clear that all of the major van manufacturers see electric or hybrid vans as a growth area with Ford, Mercedes and VW all planning on launching models in late 2019 / 2020. Even Tesla have released images of both an electric van and electric campervan.

Can I buy an electric campervan now? 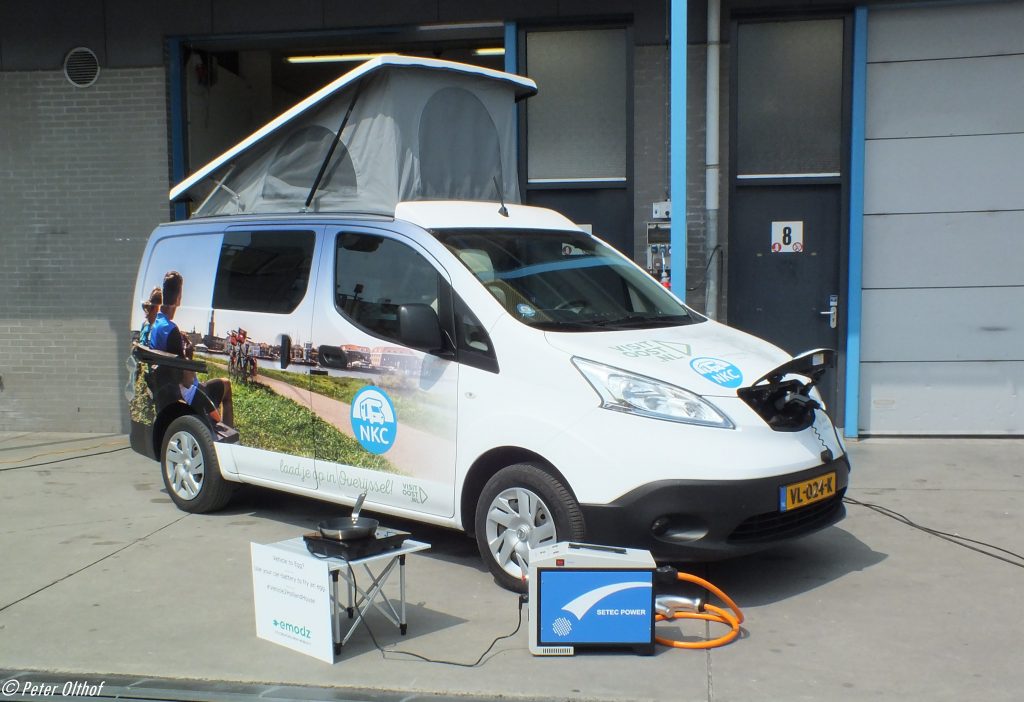 Despite the direction in which things are moving, we are not exactly spoilt for choice right now. In 2016 Hillside Leisure launched the Dalbury E based on the Nissan e-NV200. Also on the Nissan e-NV200 is a conversion by Spanish company Bram technologies. Launched by Nissan themselves in at the 2018 Madrid Motor Show, they are at present only available to buy in mainland Spain. Both conversions have a range of 124 miles with 80% of charge being achieved in just 30 minutes at a fast charge station. 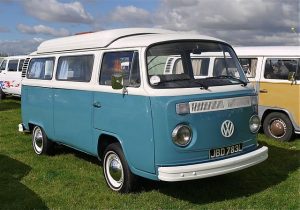 For those seeking something a little more retro, UK based Brazillian Kampers have developed an all-electric campervan on the iconic VW T2 camper. With a quoted range of up to 100 miles the concept works although production is currently on hold whilst the company finds a way of lowering the circa £30,000 conversion cost!

What is the likely range of an electric campervan? 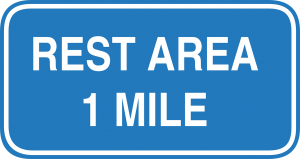 The answer to this question is going to vary widely in terms of base vehicle, gross weight of campervan once converted, driving style and even time of year i.e. summer or winter. Quoted ranges for the base vehicles vary from a low 31 miles for the forthcoming Ford Transit PHEV (although this isn’t a true electric vehicle and the range can be extended to 310 miles by the 1.0 engine), 107 miles for the e-Transporter and 124  miles for Nissan’s E-NV200.

I think it’s fair to say that as technology advances in line with accessible charging points, an electric campervans range won’t be an issue.

How and where can I charge an electric campervan? 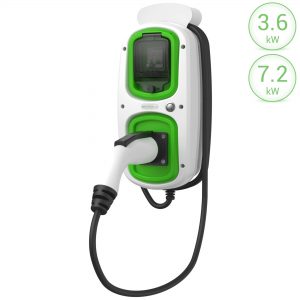 There are currently over 15,000 charging points dotted around the UK for use by the general public. That doesn’t include the significant number of home charging points already installed in houses up and down the country. With this figure only set to increase it shouldn’t be too long before recharging your electric campervan on a journey is not the main consideration. 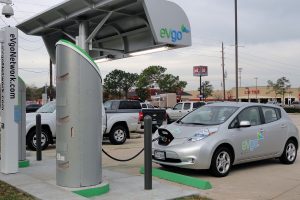 Generally speaking it takes around 8 hours to achieve 100% charge at home, although a very useful 80% charge can be had for just 30 minutes at a public fast charging point. With some home charging points being offered free of charge and some dealerships offering free charges, the electric charging infrastructure is becoming more and more practical.

Electric vehicles are not necessarily a new idea, with most major manufacturers having dabbled with electric versions of their cars and vans over the years. In fact, Volkswagen had an electric VW Type 2 camper in production nearly 50 years ago. 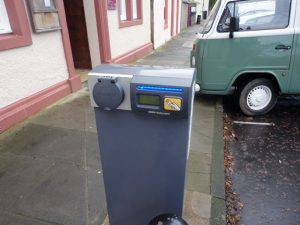 In 1970, Volkswagen set up its Centre for Future Research, tasked with developing what VW thought might be the future powertrain for their cars. Two years later an all electric T2 VW camper was being driven on the road. However, weighing in at 2.2 tonnes and with a range of just 70 kilometres from a single 10 hour charge, the practicalities of fossil fuel won out.

Even so the T2 electric Camper did find many followers as a short run city car and could have worked perfectly for short-distance city driving such as municipal fleet vehicles.

It’s interesting to see that in 2019 VW are revisiting electric technology, with smaller batteries and motors along with more and more charging stations, making it an increasingly practical alternative.

So there you have it, undoubtedly electric campervans are coming. The big question really is who will release a mainstream model first… I guess we’ll have to watch this space, but the future looks exciting!

View our current stock of VW Campers for sale